During an ISO meeting one of the members said that toilets should be called “user interface”. This led to a somewhat funny discussion about toilets around the world. While talking about the heated toilets in Japan it was pointed that these facilities use a lot of energy. So I looked it up and found a post on the Washington Post saying that these heated toilets take about 4% of household energy consumption.

Japanese toilets can warm and wash one’s bottom, whisk away odors with built-in fans and play water noises that drown out potty sounds. They play relaxation music, too. “Ave Maria” is a favorite.

An imported note is that, according to the World Bank, the per-capita energy consumption in Japan is about 60% of the one in the US (home of the Washington Post).

Looking at some of these devices I found an amazing image of a wireless remote control with 38 (!) buttons. See the translation of the buttons here. 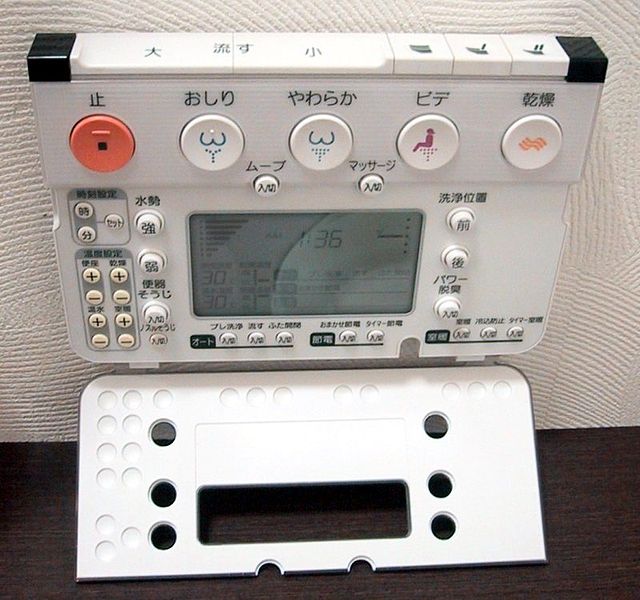