Elad SalomonsPosted on August 13, 2013 Posted in Water security — No Comments ↓

During the blackhat europe 2013 convention, Kyle Wilhoit of Trend Micro  gave a talk about “Who’s Really Attacking Your ICS Devices?“.  Kyle has set up a test decoy web server which mimics the operation of control station for water pumps. 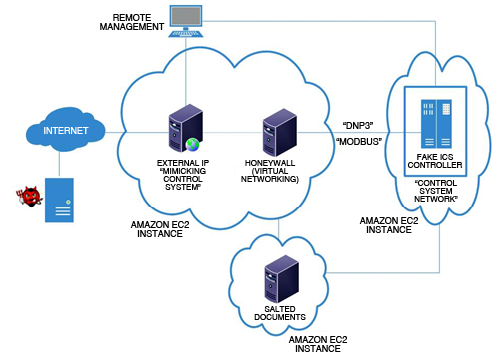 According to the report (pdf file) it took only 18 hours for the first attack to start:

It took only 18 hours to find the first signs of attack on one of the honeypots. While the honeypots ran and continued to collect attack statistics, the findings concerning the deployments proved disturbing. The statistics of this report contain data for 28 days with a total of 39 attacks from 11 different countries. Out of these 25 attacks, 12 were unique and could be classified as “targeted” while 13 were repeated by several of the same actors over a period of several days and could be considered “targeted” and/or “automated.” All of these attacks were prefaced by port scans performed by the same IP address or an IP address in the same /27 netblock. In sum, China accounted for the majority of the attack attempts at 35%, followed by the United States at 19% and Lao at 12%.

The White paper, presentation slides and video are available here.