During the WDSA2010 conference, held in Tucson AZ, Lew Rossman gave a sneak peek into the future version of EPANet. It might be called 2.1 or 3.0 and it scheduled to be released probably next year. This will be the last release of EPANet by the US EPA! The following writeup is based on Lew’s paper and presentation. 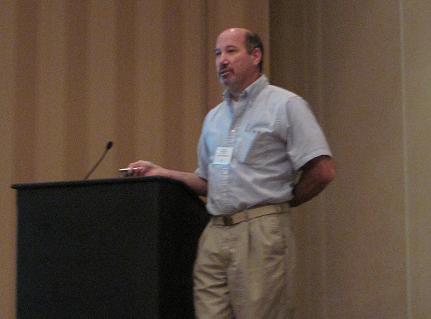 Enhancements to the computational engine

Enhancements to the water quality calculations

Additional functions are being added to the EPANET 3.0 Programmer’s Toolkit. These include functions that allow one to work with a node’s demand categories, allow one to retrieve the water quality within a link, and determine if a portion of the network is disconnected from any water source or if any two nodes are connected through a path of open links.

The interface for EPANET 2.0 was written in Delphi. To enable greater access for interested third parties to review and modify the EPANET GUI it was decided to re-write it in a language for which free compilers and other development tools are available. A prototype was written in Java which is platform independent as can be seen in the following image that shows EPANet 3.0 under Ubuntu Linux. C# .NET is also being considered as an option for the GUI. 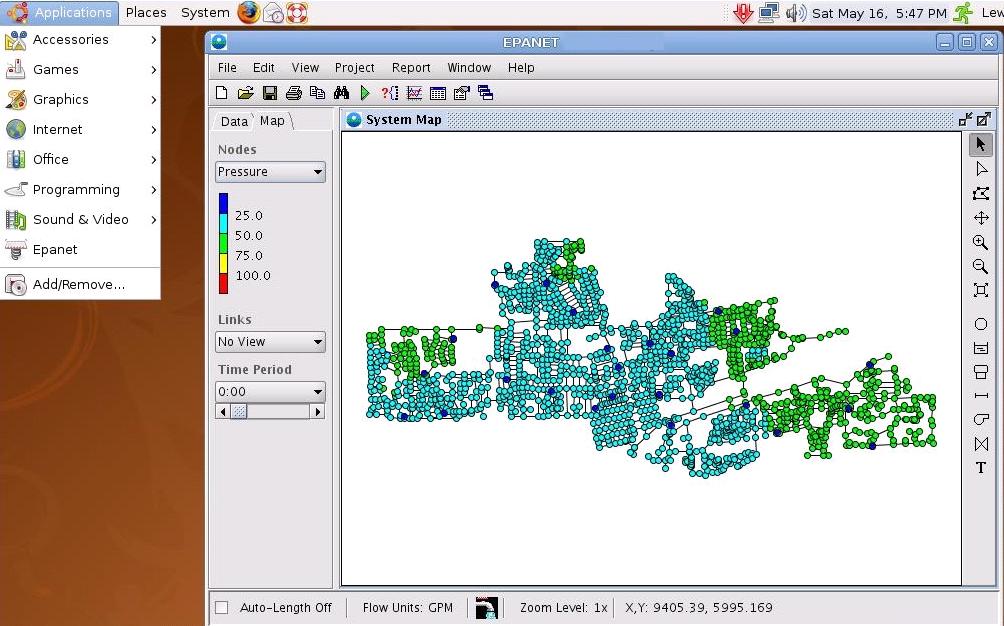 The EPANET 3.0 GUI will also provide for a linkage with the EPANET multi-species modeling extension. A new option that might be implemented is the option to insert pumps and valves as nodes rather than links. This option will be of interest to those how use GIS data to build hydraulic models. 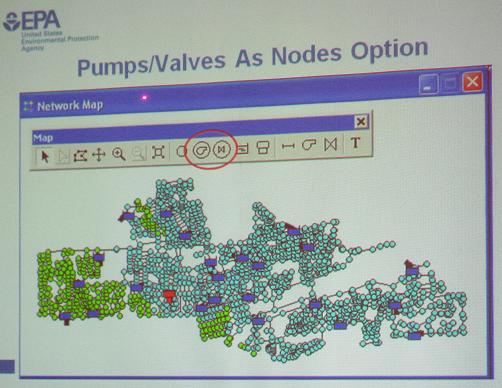 Pumps and valves as nodes